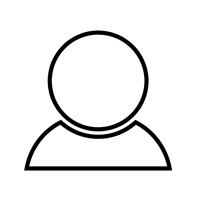 During pre-law studies at UCSD I interned with Merrill Lynch and immediately found a passion for the capital markets, more so than Law. Prior to graduation I procured a position with Prudential Securities La Jolla in their Financial Advisor development program. Of 138 trainees I was ranked number one at six months, one year and two years. The bear market of 1999-2002 took its toll and upon graduating at the end of year two, I was one of only three left in their program nationwide.

I took an offer to run the Wealth Management arm of several Citibank branches in 2004 but quickly found the bank environment was not the right fit. A year later I accepted a management position with the investment arm of New England Financial, an insurance company with roots to 1897. At New England Securities I was responsible for running the San Diego branches’ investment book and also served on the investment committee defining investment policy and asset allocation for the five-state firm. I was also responsible for new advisor development and training, a role I truly enjoyed.

Although I took great pleasure in my five years with New England Financial, establishing my own firm was always the long-term vision. I founded Nautilus Advisors in September of 2010. I am thrilled with the move to independence and believe that we built the platform that best serves our clients needs.

I am married to Melissa Behner, a teacher at Cathedral Catholic High School. We have three children, Max, Hagen, and Gretchen. My interests include wine and cooking, watching Premier League Soccer, and playing sports with the kids.